“It was intimidating to sing for fantasy animation film My Little Pony. Daniel wrote not only an amazing song for me to sing… but he was so constructive in how he went about recording it. I just think the song is really soaring and spectacular…”

Vancouver-based Daniel Ingram is an award-winning, five-time Emmy nominated songwriter and composer. He has written songs for stars such as Emily Blunt, Zoey Saldana, Kristin Chenoweth, Lena Hall, Weird Al Yankovic, Rachel Bloom, and many others.

Daniel’s distinctive musical style has earned him a place as one of the top songwriters and composers working in Children and Family Entertainment. He has had over 400 song commissions in the past decade, with several Billboard charting albums, some of which reached the No. 1 spot on iTunes in the Children’s category. Some of Daniel’s most popular songs on YouTube have had over 300 million views, with a cumulative catalogue of over one billion views.

In addition to being a prolific songwriter, Daniel has scored hundreds of episodes of television for which he has won numerous industry awards. He approaches each new project by working closely with his client to create a unique and exemplary music score and song signature that gives each property he is involved with a distinctive musical voice

“You’d have to be pretty darned cynical not to either love this movie, or at least admit it’s got a really great soundtrack.”

2021 commissions include a forthcoming 36x11 Netflix/Mattel co-production, to be announced soon. 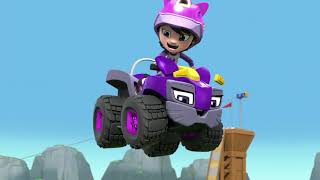